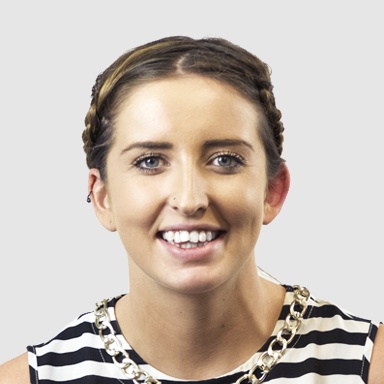 Programmatic was easily the buzzword of 2015 with the whole of the advertising world talking about it. Yet even though there has been so much hype around this mysterious phenomenon, many still don’t have a clue what it actually is. The Internet Advertising Bureau (IAB) alone has estimated that over half of brands are using programmatic technologies to buy smartphone inventory, but 44% of which don’t even know what it is or how it works. Many have referred to programmatic as an alien planet that we know exists but have yet to explore. At SearchStar we decided it's time to go back to basics and help shed some light on this unexplored frontier.

Programmatic from the beginning

Programmatic refers to the automation of the ad buying industry through artificial intelligence and the fading out of human operated ad buying. Not too long ago if you wanted to purchase ad inventory you would have to send countless emails back and forth to publishers to confirm details and costs. Programmatic aims to make the process more efficient by allowing advertisers to buy and optimise in real time, removing the element of human error.

But why is programmatic different from normal display you may ask? The term ‘programmatic’ was coined to refer to the automated method in purchasing ad inventory. In this method of ad buying there are multiple ways in which you are able to actually buy ad space:

RTB (Real Time Bidding) Works on an auction basis and allows display inventory to be bought on an impression by impression basis through multiple ad exchanges simultaneously. All of this is done in the time it takes for a webpage to load and as standard the highest bidder wins.

Private Marketplace: These are the VIP parties of the ad world, it is an invitation only RTB auction where publishers will select a number of buyers to come and bid on ad space. As the private marketplaces are connected directly to the publishers premium inventory, there is no need for ad exchanges and the buyers know exactly what sites their ads will show on.

Bringing Creative and Data Together

Programmatic not only focuses on efficiency, it also focuses on relevancy and ensuring that the creative you are using has the data behind it to make informed targeting decisions. As an advertiser you may have the best creative on the market, but if you can’t reach the right audience at the right time then you are already setting yourself up for high costs and a low conversion rate.

This is where data is so important because it helps paint a character profile of your ideal customer, which in turn helps you target the right people on the right sites which in turn saves you money.

First party data will paint the initial outline of your customer, providing demographic and location insights of who they are and where they might be. Third party data will then help fill in the detail such as how they normally behave online, what particular interests or affinities they have and which online environments or contexts result in conversions. By merging your creative with this powerful data insight you are able to tap into those key consumer moments that matter the most.

As programmatic has grown over the years, as well as an ever-growing increase in adoption by media agencies, so have the boundaries for what media it includes. In 2016, programmatic media buying includes Display, Video, Social and Native advertising. Agencies have created internal trading desks which work independently to buy and re-sell digital ad space. These trading desks have become media buying hubs with extensive unprecedented access to key publishers, exchanges and deals not available publicly.

Unfortunately, like all voyages to new alien planets there are always challenges along the way. The safety of brands on programmatic platforms and viewability of ads are just some of the issues under debate. Careless advertisers have been criticized for not following procedure to ensure brands are protected online, placing brands on low quality or inappropriate sites in order to generate as many impressions as possible.

Issues like these are just some of the things at SearchStar that we are enforcing. We pride ourselves in rolling out brand safety policies to ensure clients brands are 100% safe online. We monitor the sites our ads are appearing on and make certain that they are relevant and suitable for that particular client and brand.

Overall, 2016 is already well on the way to being a huge year for programmatic ad spend with Google alone investing $16 billion in spend for 2016 with advertisers expected to follow suit.