Friday 13th proved anything but unlucky for the SearchStar team this January, as instead of waking up to our usual commute into the office, we found ourselves en route to the Bristol Airport departure lounge. For our belated Christmas do, we took to the skies and swapped our January blues for the Blue Lagoon and all the wonders that Iceland has to offer. We spent the weekend soaking up the sulphur in the Icelandic hot springs, soaking up the culture in the city of Reykjavik, and soaking up the rain in all items of clothing. 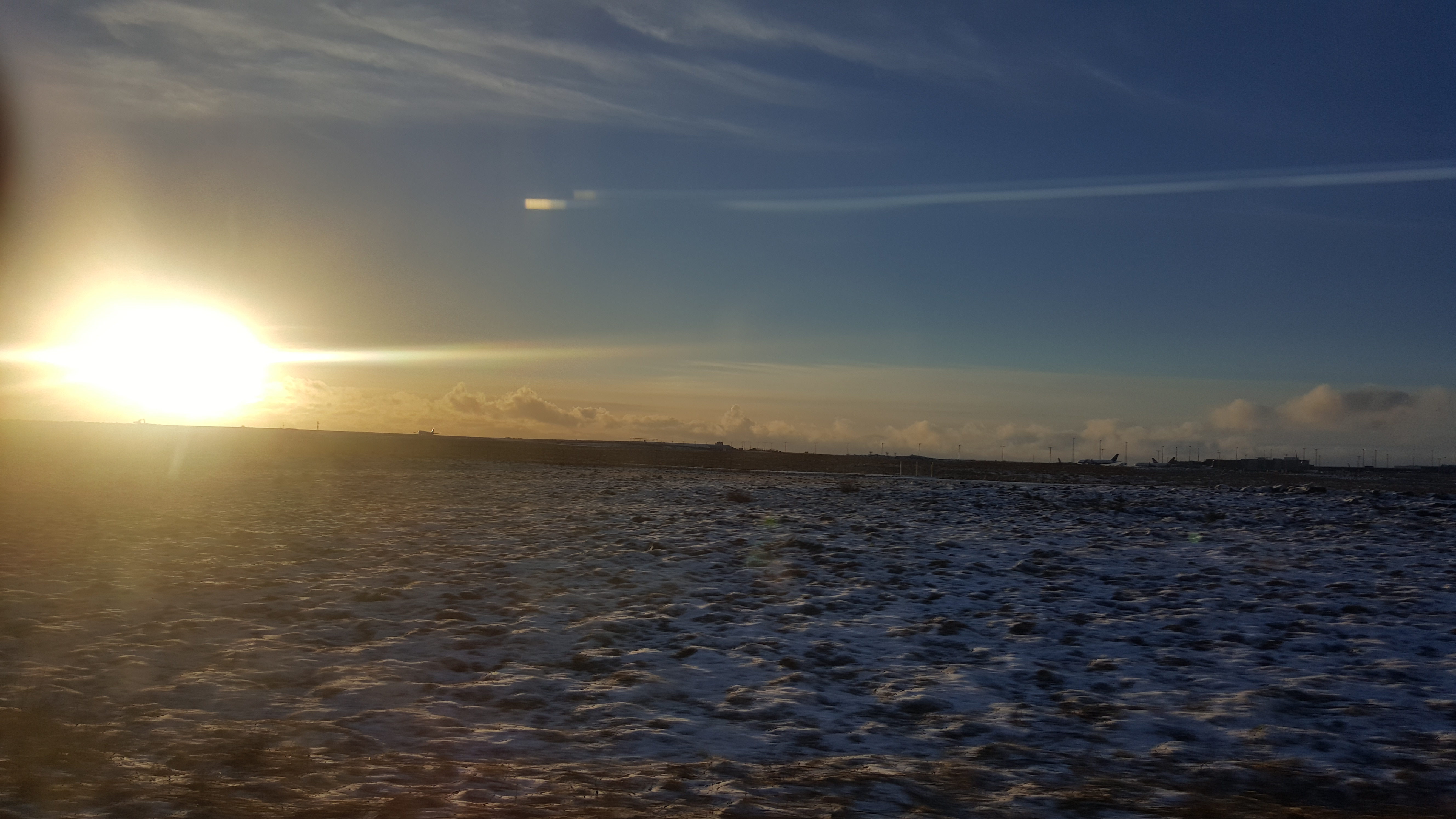 The Blue Lagoon – arguably Iceland’s main tourist attraction - was a must for many of us. We spent the Friday afternoon swimming in its geothermic waters which, along with the complimentary Silica Mud Masks, are said to do wonders for the skin. The waters, saunas and steam rooms were gorgeous but the walk from the lagoon back into the changing rooms in below freezing temperatures, not so much! 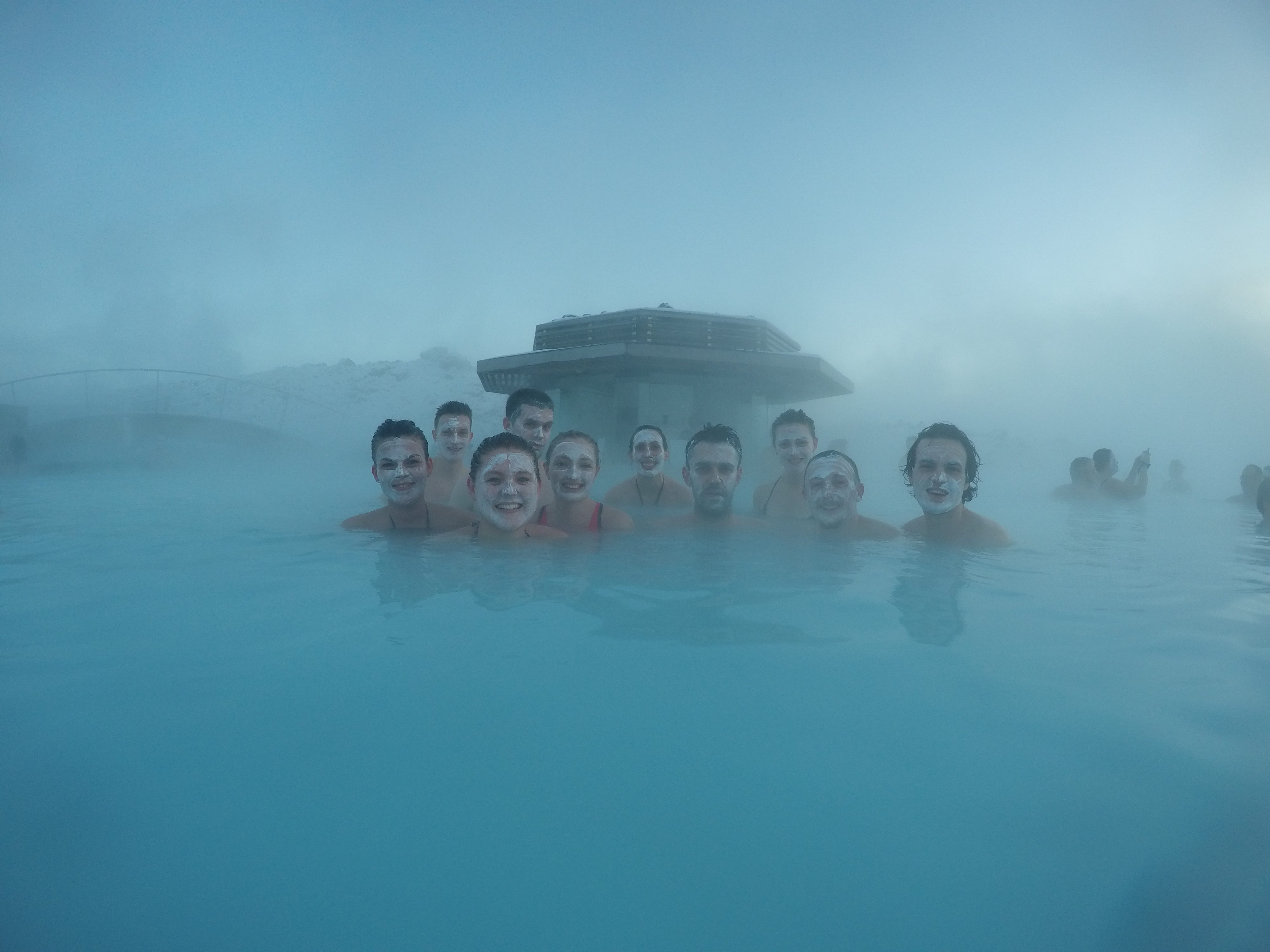 All day Saturday had been booked out with a whistle stop tour of all the greats that Iceland has to offer, so despite the varying levels of sleep amongst the team, 9am Saturday morning saw everyone up, dressed and ready to go. But alas, a ‘loss in translation’ or slight ‘miscommunication’ meant that we soon discovered that the tour had actually been booked for the next day. On the bright side, we were up two hours before the sun, so some decided to go and chase the sunrise, although to little avail. Unfortunately the British winter clouds had accompanied us across the Atlantic Ocean and almost our entire weekend was clouded by foggy skies, meaning the possibility of catching a beautiful sunrise across the city was obliterated, and a glimpse of the Northern Lights was very much out of the equation. Unfortunate but an excellent reason to return! 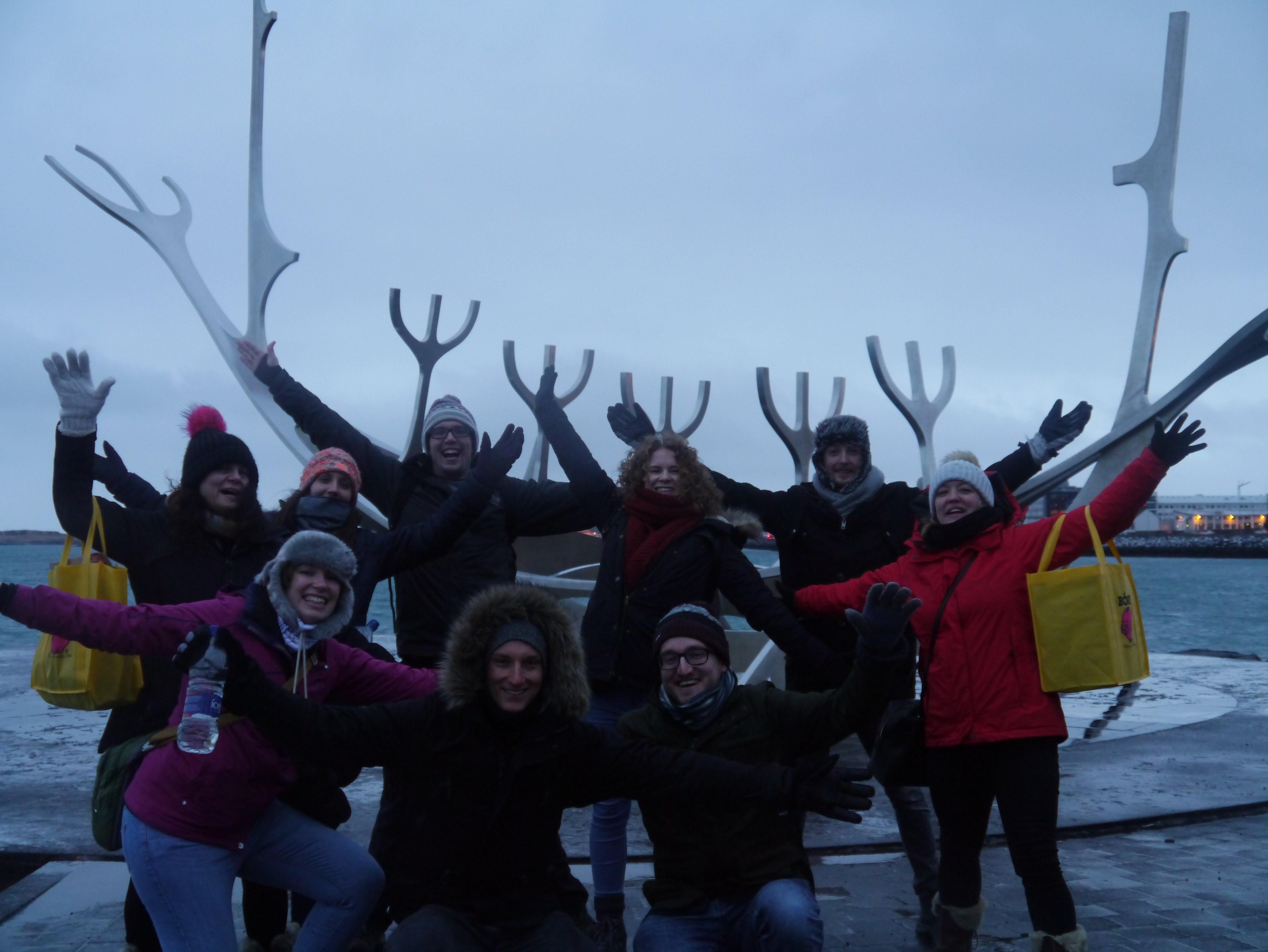 Dan very impressively cooked a meal for all 30 of us with very limited kitchen facilities on one of the nights, which was followed by a round of infuriating riddles and games. Little did I know the chaos I would cause when I unleashed ‘The Hat Game.’ For the other evenings we were left to fend for ourselves in the supermarkets and restaurants of Reykjavik. Word on the street was that Iceland was expensive but I don’t think any of us were prepared for just how extortionately priced certain things were. First prize for most overpriced item went to the large bag of Doritos at the Icelandic equivalent of £8! Certainly not a bargain holiday destination if that’s what you’re looking for. 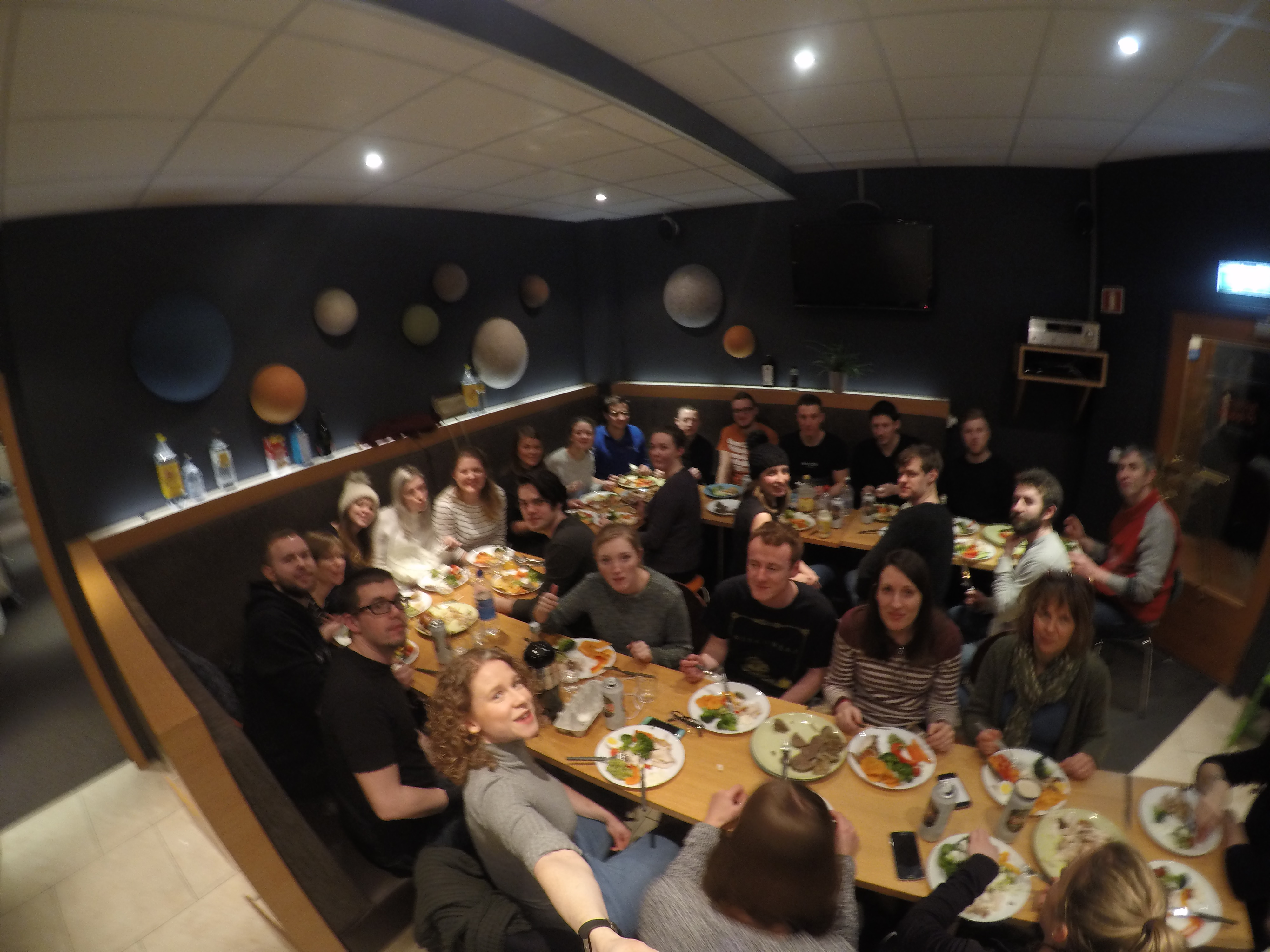 It was second time lucky as on the Sunday we made it onto the Golden Circle, which proved very interesting, albeit very cold and very very wet. We visited some rather impressive waterfalls and geysers, although bypassed the tomato farm upon our tour guide’s apparent disinterest (what was that all about?!). We could only imagine how stunning the viewpoints would’ve been if we weren’t having to battle with the elements to see them. There are 56 words in the Icelandic language for ‘snow’ and ‘ice’ and we were starting to see why. However, there was an abundance of postcards in the gift shops to show us what it looked like on a clear day, a few of which now sit on our desks back in Bath as a little reminder of our Icelandic getaway. 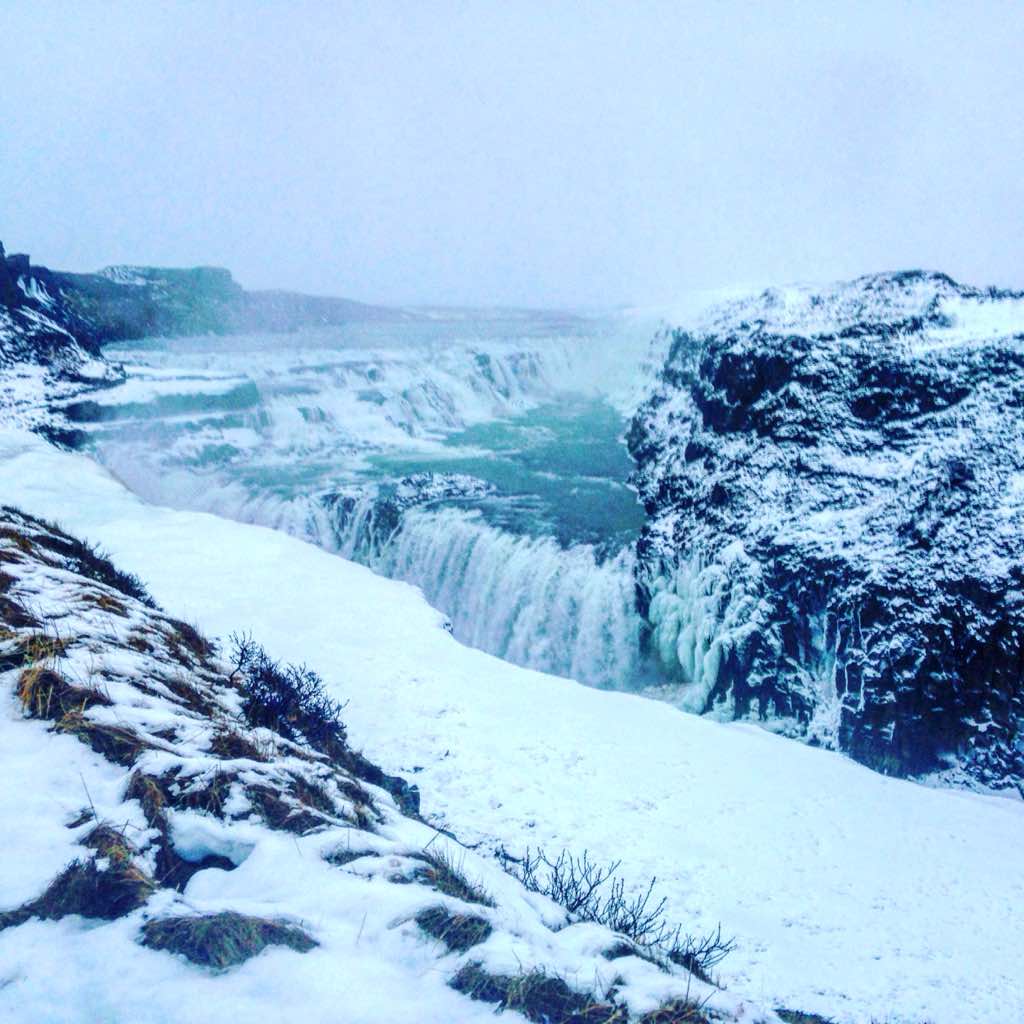 SearchStar certainly don’t do things by halves; Reykjavik 2017 was incredibly cool - pun very much intended. Where will Christmas 2017 take us? Watch this space…