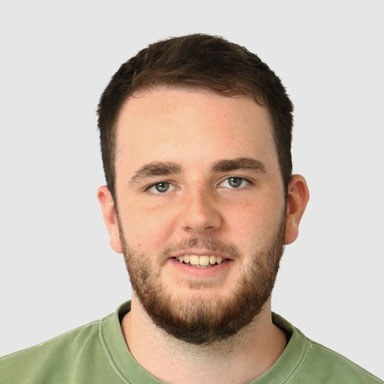 Starting in October, ‘Exact Match’ keywords will begin matching to “close variants that share the same meaning of your keywords,” including synonyms, paraphrases, and results with the same implied intent. You can find Google’s announcement here...

This modification should change the way you set up your keywords lists, so as not to capture any unwanted searchers. While ‘Exact’ used to mean exactly that, with the new close variant changes, the term has been broadened.

Do I Need to do Anything?

One approach to these changes may briefly have to be a ‘wait and see’ method; find out how your campaigns respond to these updates and then after a day or two, consider alternatives such as switching over to a broad match modified or phrase match type if you’re receiving the wrong traffic. Or, as ever, build up those negative keyword lists.

Google has confidence in their algorithms. They feel that they can be sure of a searcher’s intent and that is the crux of these changes. ‘Powered by Google’s machine learning, exact match will now match with the intent of a search, instead of just the specific words.’

The question of just how they know what you meant to type, when you didn’t, is intriguing. If all goes to plan, perhaps we’ll be able to treat the new exact match type just like the old, which certainly seems to be what everyone is hoping for, but not expecting.

Google have helpfully developed a case example of just what they mean by matching the intent of a search. As per the example, having an exact match keyword of ‘Yosemite camping’ will now also match the following search terms; ‘Yosemite national park ca camping’, ‘Yosemite campground’ & ‘campsites in Yosemite’.

On the example Google highlighted in its announcement, Brad Geddes, co-founder of ad testing platform AdAlysis and head of consultancy Certified Knowledge, said:

(As an aside, from what I’ve found it appears Google doesn’t even monetise “Yosemite camping” or “Yosemite campground” results pages that it used as examples). He makes a worryingly valid point.

These slightly broader matches may look harmlessly different in the Yosemite example. However, to some readers they may be raising the alarm as to what kind of traffic your exact matches are now pulling in as they obviously do not have the exact same meaning.

The exact match changes will have a risky impact on the following; keyword order, multiple-word keywords, a keyword with a location or preposition and also synonyms.

Another area which may be adversely affected is if you’re the kind of Google Ads professional who loves a SKAG (single keyword ad group) you may see impressions shift between ad groups making it difficult to confirm which SKAG’s are performing best.

Negative keywords will be key with the new exact match close variants, especially in cases where word order can alter intent. A focus should be placed on search query reports and negatives during this launch to ensure keyword relevance remains high, and to limit wasted spend.

Ear to the Ground – What’s the Industry Saying?

One of the beta testers for this change was ExtraSpace Storage, a self-storage company in the U.S. with locations in more than 40 states. The company says it saw positive results from the test.

“The search queries were relevant to our industry and almost all of our primary KPIs saw an overall improvement,” said Steph Christensen, senior analyst for paid search at ExtraSpace.

Another beta tester, Andy Taylor, associate director of research at performance agency Merkle, said they saw an increase in traffic assigned as exact match close variants with the last change, “and those close variants generally convert at a lower rate than true exact matches.”

The industry is known to react poorly to changes to their beloved Google Ads (The platform formerly known as Adwords). This change to Exact Match will do well to anger advertisers as much as the last major changes made to the same area, in 2014.

An article titled; ‘Search Marketers Tear Into Google Over AdWords Exact Match Change’, highlighted the purely negative reaction on social media along with a link to a petition to reverse the changes!

If you find yourself unable to live any longer after this new update, then you may need to enter the magical world of scripts.

Scripts are fantastic tools for automating tasks and also for applying strict rules to overcome Google Ads limitations, or in this case to circumvent a new update. To learn more about what scripts can do for your PPC campaigns, then you can drop us a line here >>>

To conclude, we’re all aware of Google’s ever-evolving nature. There’s always an update around the corner designed to keep us on our toes. Change can be great, and this update may well prove to be valuable for all parties. However, initial reaction to the concept has been poor, so be sure to evaluate how this adjustment impacts you.