Old vs. New: A Guide to the New AdWords Interface 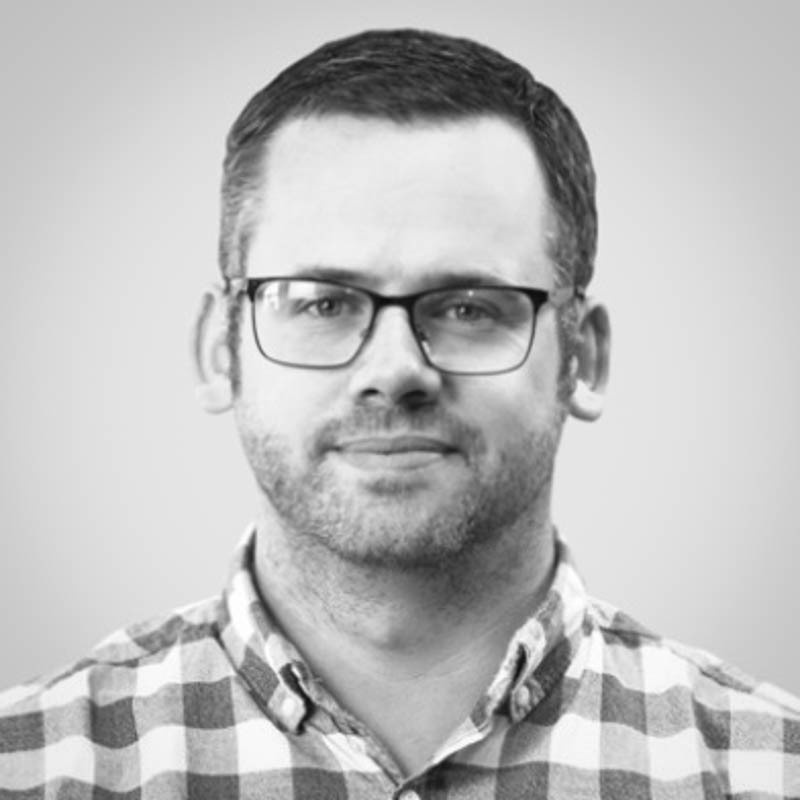 So, I am just going to come out and say it right up front.

I hate the new AdWords interface.

There. It’s done. Can we all move on? Nothing to see here...

I don’t think I am alone in this way of thinking and from most of the conversations with clients and some colleagues it seems to be the general consensus – but is it just a fear of change or is it really that bad?

I remember back in 2012 when they changed the last interface and all the “old timers” hated it, said it was a joke and ridiculed the new features. Maybe that is all that has happened this time around. In this blog I will attempt to put aside my prejudices and look at why we all need to get on board with the new look AdWords.

The reality of the situation is that as of the 10th of July the old interface is going to be phased out so it’s time to move on and get stuck into the new and improved features!

If you haven’t used the new interface yet then it’s painfully easy to do so, simply by clicking on the cog in the top right-hand corner and choosing “Get more done. Try the faster AdWords”.

So, what’s new then?

Aside from the look and feel of the new interface Google has added lots of features to make getting around really easy. The first and probably most important of these is the keyboard shortcut system that allows you to quickly jump to many key reports/views with just a couple of key presses. The cheat sheet of the best can be found below: 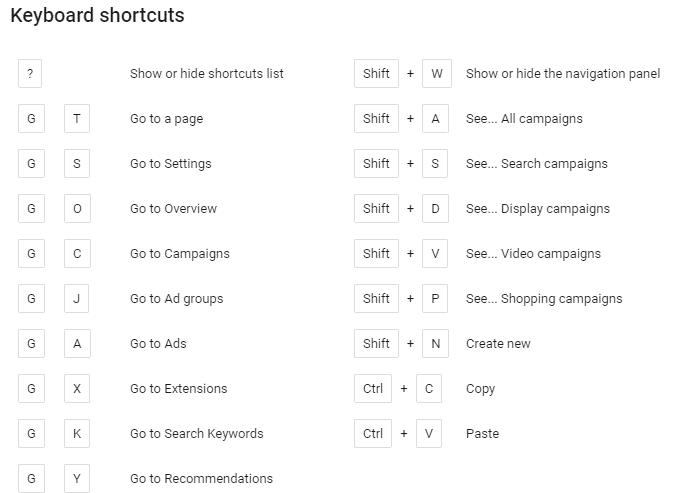 Browsing around the new interface, when you know where to look, does indeed feel much faster and there are lots of nice little touches that the old one has lacked for a while. Some of the best include:

While this isn’t somewhere I spend a lot of time in the account it can be useful as a first glance just to see quickly what is going on. The panels attempt to give some insights such as biggest changes in spend or device shifts. I think over time Google will keep rolling out new panels as users give feedback and they monitor which ones are interacted with.

These are particularly good if you are forced to work on a laptop on the go and need to get rid of some of the navigation clutter that fills the screen. In either the table or the graph look for the square icon below and gasp in wonder as the main pane takes centre stage. Sometimes it’s the simple things in life!

Finally AdWords has caught up with its website tracking cousin (Google Analytics) and we can add annotations onto graphs. Notes can be added in 2 simple ways – firstly by hovering over a point on a graph and the option should appear (I have found you can end up playing cat and mouse trying to actually click on the button as it moves when trying to click). 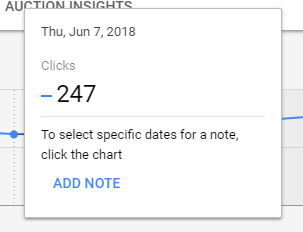 The second way is to open up the notes panel by clicking on the more options icon (3 dots) and choosing “Open Notes Panel”. 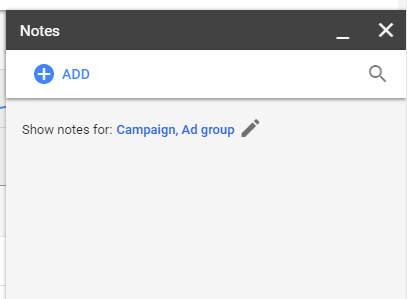 Notes are particularly useful when working collaboratively with clients or colleagues and for noting site or campaign changes.

This has replaced the old-style opportunities tab, which I think most people who have used AdWords for any length of time would agree was useless. The revamped section now is a bit more visual and seems to have some nice housekeeping elements such as “Repairs” which will pull out any campaigns with issues. To be honest, lots of them are still “increase your bids”.

The new landing pages section allows you to see how individual landing pages are performing. This is great to help understand what is happening after the click. Also, for looking at which pages are getting lots of clicks, but might not be mobile friendly – the introduction of 2 new metrics (mobile-friendly click rate and valid AMP click rate) drives home Google’s 'mobile first' world.

The initial loss of the dimensions tab led me to dismiss the new interface out of hand. That was until I discovered that they had simply renamed it predefined reports and expanded on some of the options – there are now 40 different reports to choose from.

The new report builder takes a bit of getting used to, but again it is the change that frustrates rather than a lack of features or any kind of backwards step.

Google has released a host of new features and extensions which are only available in the new interface, a clever way of forcing even the most die-hard moaners into getting used to it.

The list is growing almost weekly but here are some of the highlights:

Promotion Extensions – been in the works for a long time and a great way of promoting offers/codes across particular dates. All schedulable

Responsive Search Ads – the new “mobile first” world now includes ads which display 3 headlines and 2 longer descriptions (90 chars). This format includes the ability to add up to 15 headlines and 4 descriptions and then lets Google’s machine learning do its thing to find the best format.

Call Bid Adjustments – this is a really nice new feature that lets you add bid adjustments for mobile devices to show call interaction ads more frequently. Effectively where calls are more important to your business you can bid up to show the extension more. Hopefully this isn’t a sign of things to come where we will end up having to effectively pay to see all extensions

Household Income Targeting in Search – familiar to those who have used GDN, this is a really nice demographic audience overlay which is starting to build data in the new interface. Many accounts will be dominated by “unknown” which is due to the feature not being available to you, though the list of countries this feature is available in is growing

Have I Changed My Mind?

All in all, there are lots of good things to come from the new interface and Google seems to be adding and tweaking on a daily basis. There are a few problems that we are seeing, such as mangled data exports and clumsy date pickers but I won’t spend any time berating something that is effectively still in Beta.

I started this by saying I hated the new interface and I will conclude by saying that I hate the new interface, but it's me that has the problem and needs to adapt, not the system. I have until the 10th of July to come to terms with it and move on, much like we were all forced to do with the casual introduction of enhanced campaigns!

Here are some more links to help you get more out of the new interface:

About the new AdWords experience - https://support.google.com/adw...