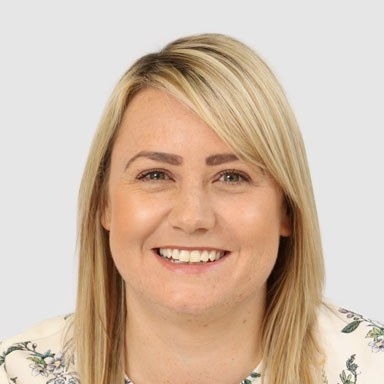 Last week saw the return of the Bristol edition of Social Media Week. And while our Friday session was, unfortunately, snowed off (!), the first four days of the event went down an absolute storm.

Despite our session being rescheduled for a later date, we made sure to get over to Bristol for what turned out to be a very interesting discussion around the state of organic social media reach.

Listening to the four speakers involved in the session helped us answer the question, providing insights into how social media can be used effectively, through a combination of organic reach and paid advertising.

The simple answer is no. But it isn’t that simple.

Up first was Mark Wright. Winning the BBC's 'The Apprentice' in 2014, Mark launched digital marketing company Climb Online in 2015. 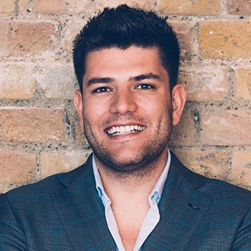 When building his business, social media was one of the platforms that drove the highest number of leads. Utilising social media platforms for organic reach had its merits – most importantly, it’s free – however organic reach on its own wasn’t going to provide the level of growth needed to be successful.

In January 2018, Mark Zuckerberg announced that Facebook would be updating its algorithm, changing the way that Newsfeed content will be shown and prioritised. After seeing a drop in Facebook engagement rates due to the overpowering number of business adverts, greater emphasis will be placed on organic posts from friends, family, groups and communities.

Previously we were taught to create engaging posts on Facebook and then pay to sponsor them to extend reach. Now, we need to be doing this in reverse. A social media strategy needs to start with a paid element, using organic content to complement it, to engage and re-engage users.

“If you don’t have a marketing budget, shut your business down”

Paid social media advertising has to come first. In order for this to have the best impact, it is paramount to know who your audience is, what their interests are and the type of content they want to see.

Using the ‘Jab Jab Hook’ technique, promote content that is relevant to the audience – this could be industry insights or user generated content, before using push techniques to drive leads or sales.

Mark emphasised the importance of video content. Over 8 billion videos are watched every day on Facebook. With smartphone technology ever improving, flash video is no longer required for your video content to be a success.

“Video will account for 80% of all internet traffic by 2019 – so if your business isn’t making video content via YouTube or Vimeo, you’re not going to have a lot of content available next year and you’re missing 80% of the market.”

Mark concluded that organic reach certainly isn’t dead, but you need to invest time in profiling your audience, knowing their interests and what drives them and be sure to use paid and organic hand in hand.

So, how does a company gain worldwide success on a shoestring budget? Simple – by thinking creatively.

Rob is the founder and CEO of Trunki – the brand behind the children’s ride-on suitcase. 3.5 million Trunki suitcases have been sold in over 100 countries since the company was launched in 2006. 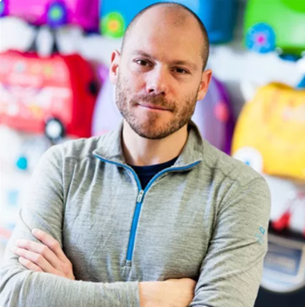 Trunki use social media platforms to share their brand’s mission visually. This allows them to showcase their brand clearly and across multiple global markets.

By using fun and quirky visuals, hashtags, competitions, blog reviews and different types of content across social media channels, they keep things varied and fresh for the viewers.

The Push and Pull

A key element to Trunki’s social media strategy is making use of consumer-generated content, while balancing both ‘push’ and ‘pull’ content.

Trunki’s approach to Instagram, for example, is to post 4/5 user generated content posts (‘pull’), then introduce a post with a marketing message (‘push’). And repeat. It keeps users engaged, with the occasional reminder of Trunki’s product offering, directing users to the website.

As a company, Trunki sells many of its USPs by appealing to consumer emotions via video storytelling. One which appealed to the masses, yet involved minimal production costs, is a video titled “Tipu Trunki meets Longleat's tigers!” – have a look - it may well pull on your heartstrings too!

Trunki launched their initial product offering with a minimal budget for PR and print media. However, this approach wasn’t measurable at all. Instead, they discovered that digital offered them complete measurability in terms of ROI. An important message to us all in the digital world.

The Role of Storytelling 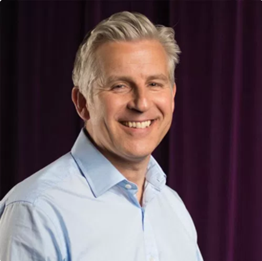 Sean has over 20 years of experience in branded character franchise development. He has recently overseen the international development and distribution of the Shaun The Sheep brand and has expertise in creating integrated campaigns across feature film, TV and digital platforms.

One of the key points Sean spoke about was the importance of using social media to become a storyteller. Social media channels - Facebook and Instagram especially - are the must-have tools used to keep a brand relevant and exposed.

He suggested that companies should recruit their social audience via paid advertising. From there, they can build a community and then constantly remind them why they should like the company and stay interested in any updates about it.

"...companies should recruit their social audience via paid advertising. From there, they can build a community..."

Sean believes that companies should constantly aim for new ways to engage an audience and make sure their brand remains relevant to them. One way in which Aardman achieved this was by launching the Shaun In The City trail across Bristol and London.

The company not only had an incredible presence in the outside world, but they also took full advantage of social media channels by using it to promote their brand and gain followers.

Finishing off the morning was Mel Bound. A true inspiration to 1000’s of mums, Mel is a passionate and empowering marketing guru.

She founded This Mum Runs, an organisation that encourages mums to engage with, and stay motivated in, exercise and fitness alongside an ecommerce machine, shipping slogan merchandise across the globe. 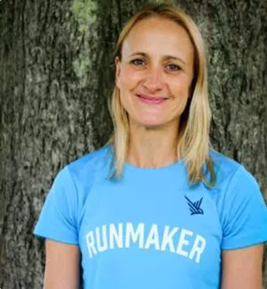 An organic post on Facebook was all it took for This Mum Runs to be born. While this isn’t going to work for every new business idea, it showcases the true power of social media.

Using social media to appeal to emotions, a community was created. Profiling the community, knowing who your audience is and what their interests are, will be fundamental in supporting this activity with paid advertising to increase reach, and consider international markets.

And in terms of the content, ask your community – ask for votes, opinions and feedback and make use of that all-important user-generated content to continue to drive relevancy and engagement. Allowing users to buy in to the story of a brand will mean they want to shout about it to their friends and family.

So, Is Organic Social Reach Dead?

While organic social reach has its place in a digital marketing strategy, it can only grow a business so far.

Learning how to utilise what you already know about your customers and being creative in producing relevant engaging content, paid social advertising will take your business to the next level.

So no, organic isn’t dead. Yet.