Written by Will Pitts Programmatic Executive 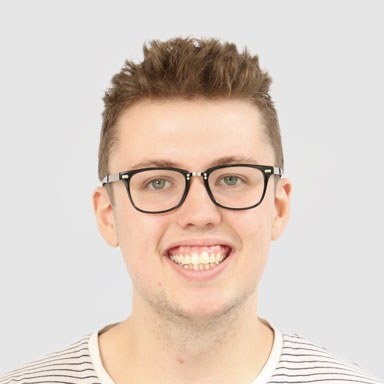 Snapchat and Amazon are partnering up to create Visual Search, a feature within Snapchat that will allow users to search for products on Amazon by focusing their Snapchat camera on products or barcodes.

When a user focuses on an item or barcode with Snapchat’s camera, a card will pop up within the app showing the item and similar items along with their price, average review score and Prime availability.

When they tap an item on this card, the user will be taken to the Amazon app to make a purchase, or Amazon’s website in absence of the app.

Snapchat determines whether a product or barcode is being scanned, then Amazon technology takes over, recognising logos, artwork, packaging and other unique identifiers, before finding the relevant products to display in the pop up.

An Opportunity in Social

On the surface of it, Visual Search seems like an easy way of lightning the wallets (and purses) of Snapchat users. However, it could also indicate a serious boost for social ecommerce as a whole.

Integrating it into a platform like Snapchat, which is heavily focused on taking quick pictures and has a younger audience, could help ease users into buying products through social media and grow trust in social ecommerce over time.

The integration with Amazon specifically will contribute to growing trust in the purchasing of products through social media, with Forbes finding that US consumers ranked Amazon almost as highly as banks for trust with their money.

It also follows on from the introduction of Shopping on Instagram, which allows brands to tag images with prices and links to products. A very different product, with a similar objective: driving revenue from social media users directly from the platform.

It remains to be seen whether, following the introduction of Visual Search, Snapchat will look to integrate a similar functionality to Shopping on Instagram, allowing brands to tag products within posts and ads.

It’s reasonable to think that Visual Search could extend to images being delivered to users, rather than taken by them. Adverts, Influencer Marketing, and even just Snaps from friends could eventually deliver links to products placed right in front of them, giving a new string in Snapchat’s fairly extensive advertising bow.

For now, Snapchat Visual Search will simply give marketers a new eCommerce channel that does all the work for them. But looking forward, it could revolutionise the way marketers approach and utilise Snapchat.

It could create a platform to directly place products in front of users from trusted sources, with an easy channel to conversion in place as well. With Snapchat’s advertising revenues slowing over 2018, an innovative, response-driven product could provide a much-needed boost to the platform’s advertising offering.

Keep a close eye on Snapchat, despite falling stock prices in 2018, they’re coming out swinging with new partnership offerings, and seemingly looking to position their product as an augmented reality tool rather than just another photo app.