Spotify Advertising: Everything You Need to Know 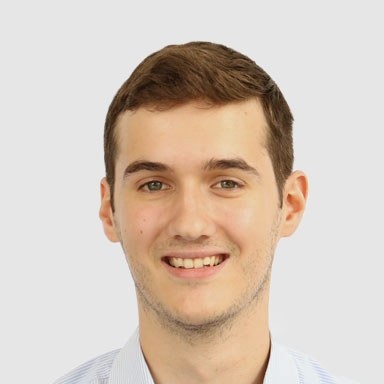 Spotify has grown rapidly over the past decade, with no end in sight to its progress. As of September 2018, the company had 109 million free users, a 20% increase year on year. With the average user spending around 25 hours a month streaming music on Spotify, this presents advertisers with a massive opportunity on the platform.

If you’re looking for brand awareness and want to get your name out there, reaching the huge number of people listening to Spotify is, on paper at least, a great way to do it.

But how does Spotify advertising work? Who is it for and why should you consider it? Here's everything you need to know...

Spotify developed their Ad Studio in 2018 with the aim of bridging the gap between their advertising set-up and smaller businesses, a gap previously only filled by large clients and agencies.

It makes customizing campaigns and audience selection simple, and they can also work from your provided script to produce the ads – recording the voice-over and mixing music for you. This means if you’re a smaller business without a big budget for creative, you’re not left out.

What Ad Types Can You Run?

The classic Spotify ads are audio ads with a maximum length of 30 seconds played between songs, with a branded image alongside that shows in place of the usual album cover when listening to songs.

The video takeover style runs similarly to the usual audio ads, in between songs for 30 seconds when the user has the app open and is engaged with it.

Display ads shows as banners at the bottom of desktop/web interface, or across the top (known as a ‘Homepage Takeover’). They can also be shown on mobile when the user re-opens the app.

Finally, the most unique of Spotify’s advertising choices is their Sponsored Playlist option – placing your branding within an existing popular playlist to make sure you are fresh in the mind of its listeners. This allows for a combination of audio, video and display to cover all bases, and grants exclusive sponsorship of the chosen playlist so listeners won’t be hearing from anyone else.

As well as Spotify’s Ad Studio, Google can run programmatic ads on Spotify and other streaming services through Display & Video 360, if you want to run ads on multiple streaming channels from the same interface.

Who Can You Reach?

The usual location and demographic targeting options are available, but what sets Spotify apart is the ability to target based on music taste. Users listening to playlists centred around particular moods or activities can be targeted; if your target customers are active and fitness focused, you can target the “Workout” category.

Genre targeting will cause your ad to be played after users listen to songs in the genres you specify - so, if you’re selling ten-gallon hats you can target “Country” and “Americana”.

The third type of content targeting, fan targeting, is a bit of a let-down – advertisers are only able to target fans of specific artists if they have been approved by Spotify and are directly promoting that artist or music events that they are playing at.

Unfortunately, at the moment it’s only possible to target based on one of these (genre, playlist or fan targeting) per campaign - mixing and matching playlists and genres isn’t possible. However, combining the demographic, location, and platform targeting with ad scheduling and one of these content targeting methods allows for a strong customer profile.

You are only able to target by regional language of the target country, so trying to target French speakers in Spain is a no-no.

Spotify still has a long way to go with their reporting system, which only offers the bare minimum of useful information; impressions, frequency, CTR, spend. While the recent addition of tracking daily spend is a good development, it is still only possible to report at campaign levels, meaning tracking the success of specific creatives is impossible.

These limitations make it difficult to tell what’s effective and what’s not in a campaign with multiple ads. Additionally, it’s not possible to track post-view conversions, meaning you’re relying on assumption when it comes to attributing conversions to Spotify.

And without the ability to track Spotify conversions using Google Analytics, your only option is to use the native reporting.

Developing their targeting systems further in the future would be beneficial, as the potential is there to drill down further into precise customer profiles by combining music choices. It would be nice to see fan targeting widened to more than just promoters as well.

The reporting side of Spotify Ads is where the whole thing is let down at the moment, so we’re hoping to see changes come soon – the ability to run data into Google Analytics being one of the most important.

Spotify have also announced a new method called Active Media that is currently being tested in Australia. Active Media allows users to skip ads as opposed to the usual system of having to listen to the entire duration, with advertisers only paying for the completed listens or views.

We’re looking forward to seeing this rolled out globally, giving performance-based advertisers a better crack at the whip.

If you’d like to hear more about advertising on Spotify, get in touch with out programmatic experts and they’ll be more than happy to chat through how you can use the platform to achieve your objectives.