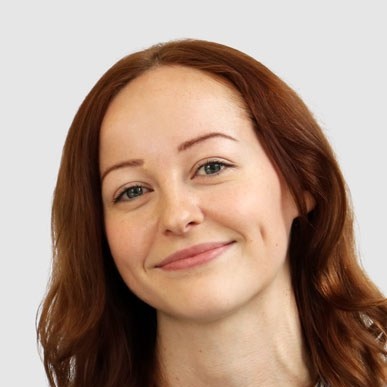 You’re probably already pretty familiar with Generation Y. This cohort, born in the early-1980s to mid-1990s, are also known as the millennials. There are thousands of memes about the millennials and their avocado toast selfies and the rise of "special snowflake syndrome" (reflecting the real generational characteristics of a growing concern for healthy eating and a shift towards greater individualism!).

But what do you know about Generation Z, also known as the centennials, who were born in the mid-1990s to early-2000s? In what ways does this emerging cohort differ from the generation before them, and how can we reach Generation Z beyond ticking the right age range box?

The differences between Generation Y and Generation Z are often seen as small. But when it comes to targeting on digital media, it's these small differences that can determine the success or failure of your marketing campaign. And with Generation Z commanding $44 billon in global buying power, it’s certainly worthwhile getting to know them a little better.

Like Generation Y, Generation Z have used social media and the web from a young age and are pretty tech-reliant as a result, spending an average of 10.6 hours online each day compared to the 8.5 hours of millennials.

Yet the way users interact with digital isn’t the same across the generations. For Generation Z, social media takes up a much greater proportion of their time online each day than their older counterparts, and is a tool used for much more than just keeping in touch with friends.

Generation Z often use social media specifically to find interesting and entertaining content, and this is apparent in the fact that YouTube is one of their favoured platforms – arguably the least “social” social media platform out there.

One key result of this usage shift that marketers need to know is that social media has now surpassed search as the go-to place for brand and product research for this cohort.

Rising Above the Noise

But how can we stand out from the crowd on social media in this age of information overload?

In today’s digital world, we now see around 5,000 adverts each day so it’s no surprise that choice fatigue is starting to take its toll, and Generation Z have estimated attention spans of just 8 seconds compared to the millennial 12 seconds.

Messages have increasingly become image-based as the first few moments of engagement have become more crucial. While Generation Y favour long written content so long as it has a human angle, Generation Z are different. Outside of their favourite visual platform (YouTube), Generation Z spend much less time than millennials on Facebook and Twitter, instead preferring the photo-sharing platforms Instagram and Snapchat.

Big brands are now starting to turn to the platform to reach these users – ASOS joined TiKTok in January 2019, joining other big brands including Gymshark and Coca Cola.

What Good Do You Do?

Beyond platform and the content form we use, we need to adapt our messaging sentiment for these two cohorts too. While only 39% of Generation Y are drawn to adverts that emphasise a brand’s positive impact on the world, this type of messaging resonates with 60% of Generation Z who not only want to make a change, but strongly believe that they can make change happen.

If your brand has an ethical stance, it’s the Generation Z audience that want to hear about it the most. To reach this audience effectively, you should also think carefully about the value proposition you are presenting. While 77% of Millennials are likely to follow the belief that “you only live once” (YOLO) and prefer to spend on experiences, Generation Z tend to be more future-oriented, and 60% favour a tangible product that lasts.

You’re Going to Have to Prove It

One last key difference to think about when reaching out to Generation Z is the importance that this cohort place on other customers’ opinions. While direct brand-to-consumer approaches can drive great results with Generation Y, nearly half of centennials say they won’t consider purchasing a product if there aren’t enough real reviews.

To reach the centennials, it’s important to incentivise testimonials and highlight impressive endorsements wherever possible to build a strong consumer-led reputation.

So, there you have it. A few points to remember for your next Generation Z marketing campaign:

I’ll be back in 10 years with some quick tips for targeting Generation Alpha! Stay tuned.