What is Target CPA and How Does it Work? 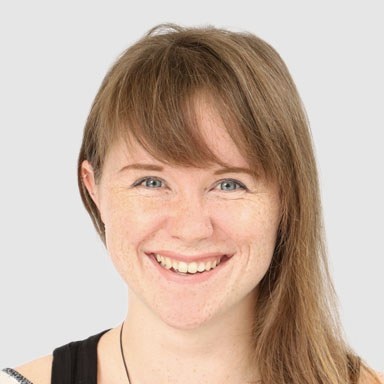 Machine learning is changing the way we interact with the world around us and paid search is no exception. Gone are the days of search marketers manually changing bids all day long as the number of contextual signals to consider becomes increasingly expansive. It’s time to let the algorithms do their thing.

There are a number of smart bidding strategies on offer that empower us, as digital marketers, to get the most out of search marketing. Take the recently unveiled Performance Max campaigns as another example.

Which one is right for any particular account or campaign will depend on your aims, budgets, campaign types, and, in some cases, conversion history.

If you’re unsure about which one would be aligned with your goals, your first port of call should be in the recommendations section in the Google Ads interface. This is where Google will recommend appropriate bidding strategies for your campaigns based on how they’re set up.

What Is Target CPA?

In this case, we’ll specifically look at a bidding strategy called Target CPA (tCPA), or Target Cost-Per-Acquisition. Google describes it as:

“Target CPA is a Google Ads Smart Bidding strategy that sets bids to help get as many conversions as possible at the target cost-per-acquisition (CPA) that you set. It uses advanced machine learning to automatically optimise bids and offers auction-time bidding capabilities that tailor bids for each and every auction.”

Is Target CPA For Me?

If you’re a direct-response advertiser focused on driving conversions at a certain CPA this is, broadly speaking, the smart strategy for you. You’ll want the freedom to set your CPA but you should be fluid and data-driven in your approach.

By data-driven, we mean that smart bidding strategies work best by utilising as much data as possible to be able to set optimal bids in each auction. With that in mind, it’s advisable to not set up an initial 50/50 experiment to test the efficacy of tCPA.

To the automation sceptics out there this might seem like madness - what if the automation runs away with itself?! However, our experience is one of success in all instances where tCPA was implemented across the highest-volume campaigns in an account without prior testing.

Google advocates this approach, emphasizing that letting the algorithm have access to as much data as possible will set it up for optimum output. Conversely, if you only let it run on 50% of the traffic in a campaign, the results that you see may not be truly representative of performance.

How To Set Target CPA

We all have a dream CPA target in mind, but that’s not what tCPA bidding is for. When you come to set it up, Google will recommend a CPA for it to optimise towards. This figure is based on actual conversion data, rather than your ideal figure (unfortunately).

You can, of course, set your own target at this stage, but if it’s significantly different from that which the campaign has historically achieved, you risk limiting the remit of the algorithm. This will essentially have the same effect as not letting it have access to as much data as possible.

Target CPA can be implemented on a single campaign (handy if you have different CPAs for different campaigns or ad groups as it can be set at either level) or as part of a portfolio bidding strategy.

However you decide to implement tCPA the algorithm will set bids automatically to optimise based on contextual signals (the extent of which is, realistically, beyond human capability). Don’t be alarmed if your CPC initially seems inflated - after all the ultimate goal is to get as many conversions at the CPA you’ve set.

While you can set a bid limit as part of a target CPA strategy, this is not recommended as doing so can restrict how much the algorithm can optimise for you.

Once you’ve got tCPA up and running the most important next step is to leave it be. Best practice dictates that you don’t make any major changes for at least two weeks to allow for full optimisation.

Major changes would be amendments to campaign budget, significant campaign structural changes, and any changes to the target CPA itself (don’t make it a moving target!). While you may see fluctuations in performance initially, these are normal. If everything has been set up correctly you should begin to see improvements surprisingly quickly.

Once this two-week ‘learning’ phase has elapsed, you can opt to set new CPAs where you see positive performance, i.e. where the algorithm has managed to decrease the previous average CPA of the ad group or campaign. Just remember to always look back on a campaign or ad group’s average CPA over a 30-day window to inform any changes you make.

Finally, unlike certain other smart bidding strategies, any campaigns running on tCPA can still have device-level bid adjustments added or changed. Just bear in mind that these will not work in the same way as manual or eCPC bid adjustments.

For example, bidding up by 20% on mobile devices for a campaign using tCPA will actually increase the target CPA that the campaign is optimising towards by 20%, not the bid. This is because the bid will be in a fairly constant state of fluctuation due to the nature of tCPA.

Following Google’s recommendations, implementing Target CPA has produced some excellent results across several verticals, proving its versatility. Typical performance improvements include increases in conversion rate and ROAS, decreases in CPA, and increases in traffic quality (the algorithm optimises bids for the most engaged searches).

A Final Word On Smart Bidding

While there may still be scepticism surrounding smart bidding the results speak for themselves. As search marketers our roles are part of a constantly changing landscape; embracing those changes means embracing automation.

Smart bidding strategies, like Target CPA, enable us to move away from manual tasks and focus on getting stuck into digital strategy, data trends, and attribution.

The likes of Google and Bing heavily advocate ‘data-driven digital marketing transformation’ to enable digital marketers to ‘use statistical models and machine learning tailored to each campaign’ (Think With Google, March 2019).