ASO: What is App Store Optimisation? 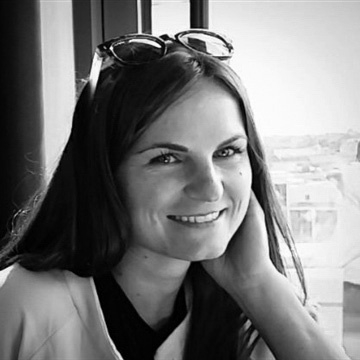 There are 2.1 million apps available in the Apple App Store. And a whopping a 3.1 million on Google Play.

Getting your app discovered, noticed and downloaded is incredibly difficult amongst all that noise. And that is why App Store Optimisation (ASO), is so important.

But what is ASO? Perhaps you’ve heard of it but aren’t sure what the process is all about. Maybe you’re wondering how to best spend your marketing budget on app optimisation.

Below is our introduction to App Store Optimisation. It will help you understand the fundamentals of establishing and expanding your app’s presence in the various app stores.

ASO: What is App Store Optimisation?

App Store Optimisation (ASO) is the process of improving app visibility within a mobile app store (Apple App Store and Google Play are the most popular).

The first helps users find your app in search results, the latter encourages users to download the app on their phones once the app listing has been opened.

Your app can be discovered in the app stores in a few ways:

In other words, you should prioritize optimising your app with keywords to increase its chances of being found via the search box whether you’re a start-up or a already successful app. This approach can bring the best results and give you most control over them.

Now that users have spotted your app in the app store, you’ll need to convince them to download it.

It’s essential to make a good first impression – without this the user won’t choose to go deeper and find out what your app is about.

There are a couple of components that you should focus on when optimising your store listing for conversion rate:

While ASO is sometimes called “SEO for apps”, and has many shared goals and tactics, it is very distinguishable from the search engines.

For instance, in many cases, the visual elements determine whether or not a user clicks on the app page.

This element is extremely important for both search and conversion optimisation. It should include crucial keywords and, at the same, time be descriptive and compelling to users.

This element is critical for users when they are deciding to download the app, especially if they are comparing a couple of apps from the same category.

Ratings and reviews are not out of your control – there are many tactics that can help you target happy users in the right way to maximize the chance of getting a high rating or positive review.

Let’s not forget about app quality – when you have an app that brings value to users and works smoothly, you’ll increase the chances of a higher rating.

While not all users read app descriptions, it is very powerful when it comes to attracting more app exploring users. Make it informative, attractive, easy to read and optimise with keywords (only for Google Play, where it is indexed by the algorithm).

Why is ASO Important?

Beyond the fact that there are millions of apps to compete against in the app stores, there are a whole host of reasons you should be marketing resource in ASO.

How to Help Your App Rank: The Basics of ASO

It’s important to start with an understanding of where you are in the app stores. What are your keyword rankings, category rankings, and how is your app performing against your competitors?

This will help you understand where the gaps are and identify next steps.

Compare your app against competitors. Which outrank you on crucial keywords? Which have better ratings or category ranking?

How are they presenting their app with visual elements? Are they using keywords in their metadata?

Are they using all available space for titles, short descriptions or subtitles? Would you download their apps? Why?

Now that you understand how your app performs against the competition, it’s time to create an ASO strategy.

You’ll want to start with keyword optimisation – there are a couple of ways to generate keyword ideas:

When optimising your app metadata it is also crucial to understand the differences between Android and iOS – Google Play and Apple App Store.

The Android algorithm is much more complex and sophisticated than the iOS algorithm as it is similar to Google’s search engine algorithm.

It cannot index the long description and is not good at identifying keyword variations.

For example, if you have “stock” as a keyword in the title, “news” in the subtitle and “market” in the keyword list, your app will rank for “stock market news”.

However, it will not rank for any variations if a specific keyword is not included in the metadata, for example, the above example won’t rank for “latest stock market news”.

Because of the limited space we don’t recommend repeating keywords across metadata. We have developed a scoring formula that helps us identify keywords that meet the criteria of relevancy, combination-friendliness, taking metrics like volume and difficulty into account.

Once you create the metadata and roll it out remember to monitor the results. ASO is not a one-off process. It needs constant attention and metadata updates.

ASO is definitely a complex process – it involves different types of skills: analytical, creative, strategic and openness to cultural differences.

It also takes time – ASO needs testing and experimenting. But it works if done properly and using proven tactics.

ASO can bring impressive results no matter the app category. If you want to have your app visible on the app stores, ASO should be considered as one of the most effective app marketing tactics.