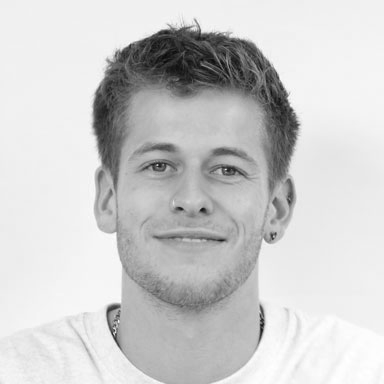 Earlier this year, it emerged that Facebook Advertising made it possible to target children as young as 13 with adverts for alcohol, smoking, and gambling.

There was understandable uproar.

This has resulted in a change of advertising policy from Facebook, which came into effect on the 23rd of August.

Facebook has stated that while users could opt-out of targeted ads manually, the company has decided - rightly - to do it automatically for children.

This means you will no longer be able to use detailed targeting and custom audiences (including lookalikes) to target individuals under the age of 18 (20 for Thailand, 21 for Indonesia).

Facebook and Instagram were not solely tracking young people's activity on their apps, they were tracking their entire internet browsing history.

This information was then used to create profiles that included age-inappropriate topics like alcohol, smoking, and extreme weight loss products.

Reset Australia also found that Australian alcohol companies are not restricting their content to users over the age of 18. Facebook had previously not allowed targeting under 18s with age-inappropriate content.

This study investigated the use of social media age-restriction controls by 195 leading alcohol brands on Instagram and Facebook, and they discovered a vast majority of those brands were not shielding their content from children.

The results revealed that 28% of the Instagram accounts and 5% of Facebook accounts had not activated age-restriction controls.

And this was a serious flaw in Facebook’s targeting algorithm.

Unfortunately, it allowed children to be served ads that were not explicitly a restricted product to Facebook profiles, because their accounts may have shown interest in the particular topic.

Facebook also approved several ads submitted, but not paid for and run, by a fake account set up by Reset Australia. Though Facebook did reject any ads with visible cigarettes.

Reset Australia concluded that this proves Facebook would have run most of the ads, including for vaping, if they were paid for.

What Can You Target?

Facebook will therefore be limiting the targeting of young people to only a combination of age, gender, and location.

This does create some issues for strategy as it means hyper-localised campaigns are one of the only ways targeting can be optimised for this age bracket.

In addition, if you have previous ad sets that contain ages 14-20, you’d be better off splitting them into two ad sets of ages 14-17 and 18-20 where you can apply additional targeting on the latter.

What Happens to Existing Ad Sets?

Judging from Facebook’s policy, current ad sets that contain “young people” should expect a decrease in Audience Size or Potential Reach as the ad sets can no longer serve ads to that portion of your targeted audience.

For Reach and Frequency campaigns Facebook state they “will honor the CPM quoted on creation”.

However, if the original campaign’s targeting was towards young people, they suggest removing the now-defunct targeting or expanding the age range.

As expected, editing the audience is highly likely to result in fluctuation of Facebook’s original Reach, Frequency, and CPM estimates.

Age Targeting on Other Platforms

This change now means that you can only use three of the major advertising platforms to target 13-18-year-olds with additional interest targeting overlayed – Snapchat, TikTok, and Spotify.

The majority of other platforms Google, Microsoft Ads, Pinterest, and Twitter will only allow targeting over the age of 18.

At first, these limitations will create some issues for your targeted ad strategy. We can all agree that these restrictions are for the better.

Targeted ads only work if they are being displayed at the right time, on the right platform, and to the right people, so we need to think of this change as a positive rather than a negative.

TikTok Ads: The Basics and Benefits of TikTok Advertising