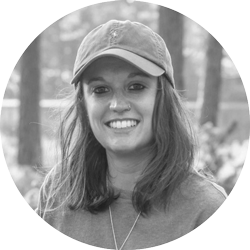 Today, many companies are selling to global audiences, and certainly not just one demographic.

Expanding into new markets is becoming a priority for businesses that are oriented toward growth. Therefore, most truly successful companies are now reaching out to new customers and advertising to minority groups.

To stand out from the competition, brands need to learn how to market to a more progressive and diverse population and adapt their marketing strategies to suit different cultures.

Choosing to adhere to a homogeneous business structure that minimises cultural differences could be ineffective nowadays, as the buying power in minority groups is growing and consumers feel more favourable about brands that promote diversity.

We now have to approach advertising with cultural sensitivity in mind, and companies must consider cultural differences to create adverts that resonate with their target audience.

What Do We Mean by Cultural Sensitivity?

The best definition of cultural sensitivity comes from the Red Shoe Movement, which is:

“Being aware that cultural differences and similarities between people exist without assigning them a value – positive or negative, better or worse, right or wrong”

Essentially, cultural sensitivity is a set of skills that allows you to understand people whose cultural background is not the same as your own and accept that your culture is no better than any other culture.

Cultural diversity is a complex and broad term, that can be described as a wide range of interests, backgrounds, and life experiences and it can be measured across many variables such as race, gender, sexual orientation, religion, political leanings, professional and personal backgrounds.

We are living in diverse times, and asking questions and developing understanding, will help us become closer as individuals and as a society.

Why Is Cultural Sensitivity Important in Advertising?

Cultural sensitivity in advertising means learning to appreciate the cultural differences and similarities between the new market and the brand’s home market.

Understanding how to reach new audiences is the key to scaling businesses around the globe, in particular, adopting cultural sensitivity in advertising and adapting messaging play a big part in meeting local needs and expectations.

Marketing to minority groups is so important today because they are a huge part of the global population and economy. In the U.S alone, multicultural consumers make up almost 40% of the population, but multicultural media spending equates to only 5.2% of total ad and marketing spend.

This small percentage can be extremely costly, as you’re failing to target a large number of potential customers. And it’s not just the lack of ad spend that is a cause for concern...

Lack or misrepresentation of minority groups is also a problem. According to IMPACT, ethnic minorities are 2x less likely than white characters to be shown as a member of a family.

66% of African Americans and 53% of Latinx Americans feel that ads stereotypically portray their ethnicity. And while 15% of the global population live with a disability, only 1% of ads represent them.

Marketing has now entered the age of diversity, and those that embrace this are the ones that will gain and retain more customers. In fact, 59% of people say they are more loyal to brands that stand for diversity and inclusion in online advertising than those that don’t.

According to research conducted by Adobe, brands such as Nike, Coca-Cola, Dove, and Google are using an advertising strategy that embraces diversity by including minority groups that might be under or misrepresented.

Nike was named as the brand paving the way for diverse advertising. One of its latest online ads features diverse athletes and showcases inclusive products, such as the Nike Pro Hijab for Muslim female athletes, and adaptive activewear for people with disabilities.

Those accurate representations allow their target consumers to feel seen, heard, and understood. Their campaigns help consumers connect with the brand allowing people to personally identify with the branding and their products.

Nowadays, companies that embrace diversity are more likely to gain customers’ trust and see success as people feel closer to brands that take a stance on cultural issues.

For example, Google nailed inclusive marketing in their latest ad: “the more we learn, the closer we get”, which encourages users to ask tough questions about race, religion, and mental health.

Google’s campaign is the perfect example of how to show a stance on cultural issues and offer a more culturally relevant connection with the audience. The ad points out why asking questions about things we do not understand can lead to greater unity.

59% of consumers are more trusting of brands if they are represented in their ads, as it helps them create a stronger connection between themselves and the brand. If customers can see themselves within your branding, they are more likely to buy from you.

Make sure to conduct detailed research when creating your ads. Before making any cultural or ethnic references, it is vital to know your history.

Today, fewer than one in 10 brands review for inclusion as part of product design and marketing campaigns. So, once you have created your ads, show them to a test group and get approval from members of a community before releasing any marketing that uses them, or their culture.

For example, if you’re featuring people wearing religious or cultural clothing, make sure they are worn appropriately. If you are creating ads in different languages, transcreate the text used to ensure you are portraying the correct message.

Ignorance is not always intentional, but it is avoidable.

It’s always important to pay close attention to words and phrases that are solely associated with your own culture.

Idioms may work well in engaging a particular audience in your own country, but these phrases across cultures may not elicit the same response, as they could potentially be very offensive or misinterpreted.

Slang can also be troublesome as they are unique to individual cultures and difficult to interpret in other languages.

If uncertain, keep idioms and slang to a minimum or avoid using them.

Similar to the previous point, photos, images, icons, and logos can convey meanings that you may not have intended and could damage your brand’s reputation and credibility.

As a rule of thumb, flags, religious symbols, and certain political imagery should be off-limits, as they can represent negative moments in history for many customers. You want to represent your brand and the people in it in a positive, uplifting light.

For your adverts to be diverse, then you need to ensure there is a representation of all genders, ages, ethnicities, abilities, and sexual orientations in your ads and marketing campaigns.

Including a variety of people in the creative will allow a higher number of people to relate to the ads and the brand.

Becoming more culturally sensible starts with educating ourselves, it is okay to not know and to ask. We are living in a time, where being culturally aware is what will allow your brand to build a real connection with your target audience and increase customers’ trust.

The world is diverse, and our ads should reflect this. We cannot afford to turn a blind eye to cultural sensitivities, now is the time to move past the old models of advertising, and enter the new age of diverse marketing.

Performative Activism: The Problem with Rainbow-Washing