The State of Voice Search 2019 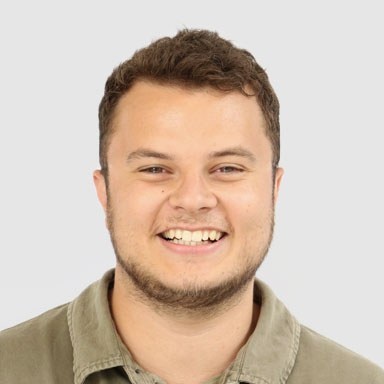 Last week, it was widely reported that one user had been shown an ad for an Executive MBA programme after performing a voice search from the Google Assistant.

And while Google have issued a rather opaque statement about what the ad means, it seems that testing of the format is taking place and ads will hit Google Assistant sooner or later - to the surprise of no one.

So, while there’s not a huge amount to report on the ad front as we await further news - we thought we’d take a look at the state of voice search at the beginning of 2019.

“Alexa, tell me about voice search”

As you’ll no doubt be aware, 2018 saw significant growth in the voice-controlled market. With 2 in 5 adults now using voice search daily, we are likely to see that growth accelerate. And while traditional search remains strong, voice is something that marketers will need to embrace sooner rather than later.

But it’s not just market growth that is piquing our interest. Usability and application of voice search is becoming much broader, with search queries being 35 times larger than in 2008, providing a plethora of opportunity for online marketers.

“Cortana, which device is the best?”

We’re not here to sell you a smart device or get you on the voice search bandwagon, but the culture of search is definitely shifting, not just away from conventional search methods, but the device choice as well.

The fact is, Google is eating away at Amazon’s market share. Currently, Google and Amazon make up 94% of all smart speakers in use, of which Amazon is the key market shareholder. In 2017, Google saw its Google Home device taking 25% share of the US market, representing the first time Amazon dropped below 70% share.

This, of course, was to be expected as the Amazon Echo was the only voice-controlled home device on the market for two years. However, as AI technology has continued to develop, we have seen the likes of Apple and Microsoft getting close to that magical 90% accuracy, resulting in Siri and Cortana becoming much bigger players in the market.

Last year, Apple released their version of the voice controlled-speaker, the ‘HomePod’, but as it will be locked to only integrating with other Apple products, I will be interested to see how it ingrains itself into the market.

You may not be surprised, but voice search usage is completely dominated by millennials, with 25% of those aged 16-24 using voice search on mobile and 26-35 year olds representing the highest percentage of smart home device owners.

That being said, other age groups are still making an appearance in the smart device owners club. The 36-45 age bracket makes up a good portion, with 29% having a device of some sort and those aged 45+ also with 29% ownership.

So, what does this mean? Well, it’s clear to see that it’s not just the younger generation who are integrating smart devices into their lives and getting involved in voice search and, going forward, these numbers are only expected to grow as more and more households become voice ready.

But it’s not only who is using voice search that’s interesting - it’s what people are using it for. Although the devices bring a lot to the table in terms of usability (i.e. listening to music, setting alarms and timers and when trying to multitask), it’s the growth of search that’s really interested marketers.

The ability to quickly find out information and make purchases quickly spoken sentence is drawing more and more people to use voice search. We are now seeing 5% of consumers use voice search for shopping, with the number expected to rise to 50% by 2022 and 39% wanting to receive options to find business information.

So what opportunity does this pose for us marketers and how do we best utilize the growth of the market?

The opportunity for voice search is huge. Come 2020, 30% of all searches won’t even be using a screen, which seems crazy, especially with the growth of mobile over the past 10 years.

So, what’s the plan this year?

Well, the main opportunity comes in the form of local searches. Google has already picked up on the growth of traditional search for local businesses on mobile devices, with a 500% increase in the number of near me searches over the last couple of years.

And it’s not just mobile voice-related searches that are on the up. Bright Local found that 76% of smart speaker users perform local searches at least weekly, with 53% searching daily. The study also found that 25% of consumers say they haven’t yet tried local voice search, but would consider it, further solidifying its growth potential.

As an agency, We’ve already seen the impact of voice search on our activity. Increasingly, voice search oriented search terms are appearing in search query reports and, as a result, we are building out keywords into our accounts to encompass these terms.

Overall, the future of voice search is not so distant. In fact, trend are already changing and voice search is a staple part of modern-day life. If you haven’t yet, it’s now time to consider the impact of voice search and implement it into your strategy. The opportunity is here and the growth is only going to continue.